Skip to main content
It looks like you're using Internet Explorer 11 or older. This website works best with modern browsers such as the latest versions of Chrome, Firefox, Safari, and Edge. If you continue with this browser, you may see unexpected results.

Guide identifies current as well as pioneering works of the developers of lean principles. Explains how to differentiate between value chains and value streams and apply value stream mapping (VSM) to create lean organizations.

This Guide traces the development of lean from the initial works authored by the pioneers of the Toyota Production System to its current proponents.

According to the Lean Enterprise Academy, “lean is about creating the most value for the customer while minimizing waste – resources, time, energy and effort. Lean thinking and practice help organizations become both innovative and competitive, which in turn allows them to become more sustainable.”

The term “lean” was first coined in the late 1980s by John Krafcik, an MIT graduate student who was working for James P. Womack, head researcher of MIT’s International Motor Vehicle Program. This program’s researchers spent several years observing and comparing the U.S., European and Japanese automobile industries and brought to prominent attention the distinguishing features of the Toyota Production System (TPS) initiated by its executive Taiichi Ohno. “Lean” described how Toyota, with minimal resources, created value for its customers and organization.   In 1991, Womack, together with Daniel T. Jones and Daniel Roos, in their book - The Machine That Changed the World – provided further details articulating how Toyota applied lean to its entire enterprise enabling it to surpass its competitors and produce better quality cars.

Continuing to expound on lean, in 1996, James P. Womack and Daniel T. Jones published a new book entitled Lean Thinking. They summarized the five principles of lean demonstrating how to apply them across an entire enterprise and not just production systems. Today, this seminal volume is still considered the best source for understanding the lean approach.  To continue guiding organizations in their lean transformations, Womack founded the Lean Enterprise Institute in the U.S. and Jones established the Lean Enterprise Academy in the U.K. 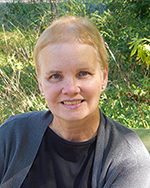